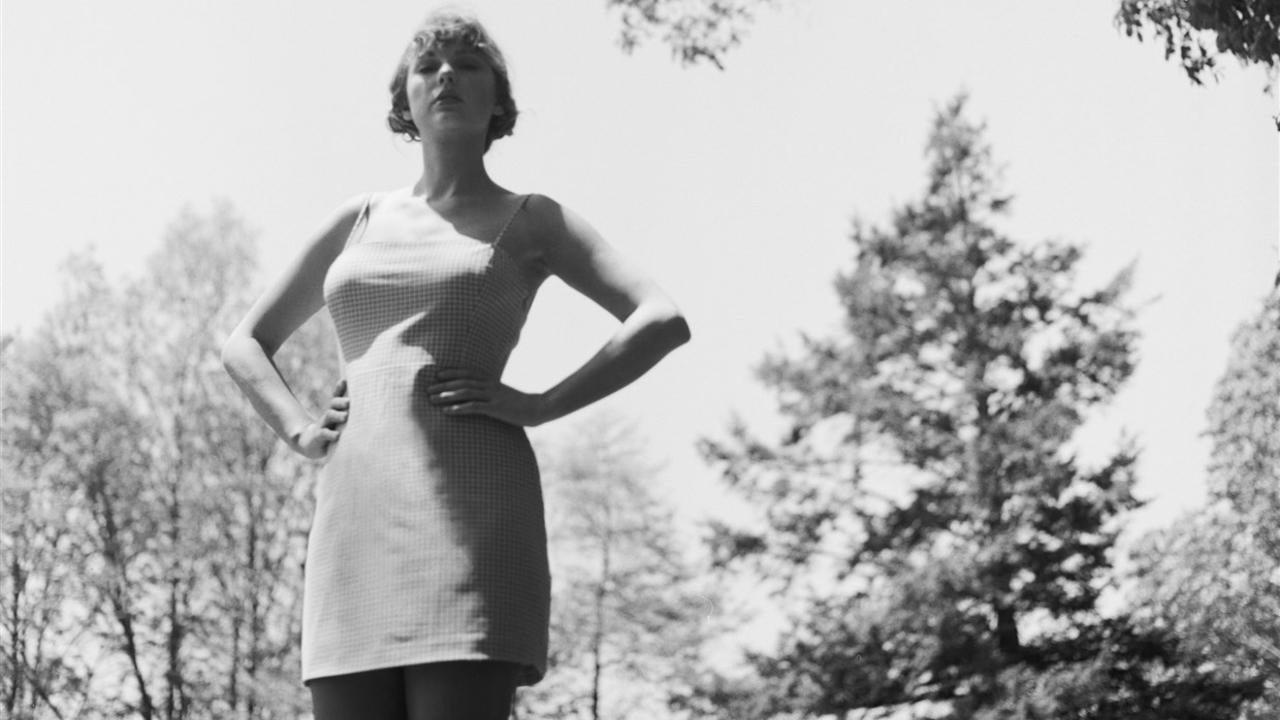 I’ve previously discussed on my podcast the genius marketing skills both Taylor Swift and her team possess -- but this recent “surprise” album was such a breath of fresh air.

But before we get into the details, a quick DISCLAIMER-- even if you are NOT a fan of her music whatsoever, there are still some amazing marketing takeaways from her latest album drop that you can use to enhance your business-- so keep reading.

So-- anyway, if you are in tune with the music industry or Taylor swift you likely saw that she dropped a surprise album in July, less than a year after her previous album, Lover, was released.

This was a complete surprise to the industry and fans alike, considering Taylor usually orchestrates a perfectly thought out album release sequence including a date announcement, releasing several singles and music videos, releasing merchandise and teasers, doing television promotions, listening sessions with her fans, and more.

For folklore she went completely off script and it was honestly so refreshing, and we can all learn from the success this album saw and take a page out of Taylor Swift’s marketing book.

And just before I dive into the 4 lessons we can all take away from this, I want to include a small portion of her surprise album announcement she made on Instagram, about 16 hours before the album actually dropped.

“ Most of the things I had planned this summer didn’t end up happening, but there is something I hadn’t planned on that DID happen. And that thing is my 8th studio album, folklore. Surprise! Tonight at midnight I’ll be releasing my entire brand new album of songs I’ve poured all of my whims, dreams, fears, and musings into. I wrote and recorded this music in isolation but got to collaborate with some musical heroes of mine [sic]. Before this year I probably would’ve overthought when to release this music at the ‘perfect’ time, but the times we’re living in keep reminding me that nothing is guaranteed. My gut is telling me that if you make something you love, you should just put it out into the world. That’s the side of uncertainty I can get on board with. Love you guys so much.”

And I mean come on, she spells it out pretty transparently there.

Taylor likely saw way back in March that times were different and she needed to adapt in order to not only stay relevant but keep her music business alive. After all she had a HUGE stadium tour planned for this summer that has since been postponed indefinitely.

I’m sure as business owners we can all relate to this.

Times are tough out there if you are reading this in 2020, as I am publishing it.

I, for example, have had to completely pivot my Play Cafe Academy business.

A well-oiled sales funnel that took me YEARS to grow and perfect that was passively generating tens of thousands of dollars a month screeched to a halt practically overnight.

I had to create new workshops, new courses, new freebies, all to continue helping people make an impact in the world as well as provide for their families, and provide for my own in the process.

So Taylor’s words REALLY resonated with me and I just knew in my heart this blog needed to happen!

Alright, let’s get into the 4 lessons we can all learn from the Folklore album release.

This one probably seems pretty obvious, but let’s talk about it anyway. I already mentioned in the introduction that Taylor swift is especially known for her meticulous planning when it comes to releasing new music, something that she also called attention to herself in her instagram announcement.

Way back in episode 6 of my podcast I talked about the 4 biggest mistakes I see holding my entrepreneur clients back, and one of the BIGGEST ones is the mistake of striving for perfection.

As I mentioned, Taylor’s summer tour was cancelled and therefore she had more time on her hands than originally anticipated. Plus, with quarantine and a ban on most non-essential travel, she knew this was a great time to tap into her creativity and write and produce.

While it’s completely understandable to need a mental health break during a global pandemic and take a break from creating, I have really enjoyed seeing some of the amazing products and courses and businesses and music that have come out of this time of quarantine.

It seems like the combination of global events and the freedom Taylor is enjoying with her new record label has been causing her to push the envelope and try new things she had never considered before.

And even during NORMAL times, doing something that your audience or customers don’t expect can reinvigorate even the coldest audience and shake things up.

So, what do I mean by that and how can it translate into your business?

I’ll give you some examples of how I have ventured off my normal path and done something unexpected, or ways i plan to in the future.

I break down each of these in full in my podcast episode here, but that should give you the gist!

This one is discussed SO frequently these days, I’m not going to harp on it long.

But obviously, the world is a little tumultuous right now. People are scared to invest or spend money. It’s intimidating to start a new business. People feel nervous to promote or sell.

But instead of just shutting down and assuming the world doesn’t need or want what you’re offering right now, pivot instead.

Now pivoting can mean something major like when I started creating courses and products around mobile events instead of indoor play spaces. That was  a huge time and money investment.

And of course, Taylor swift pivoted her business-- because make no mistake, being a recording artist IS a business. Instead of relying on her tour to generate her income for the year, since it had been postponed indefinitely-- she quickly turned on her creative juices, did whatever she could to continue collaborating with whom she felt inspired by, and put an incredible brand new piece of artwork into the world for purchase and consumption.

And spoiler alert, her newest album is already SMASHING records, so this pivot was clearly a great move for her career.

Another example of a major pivot businesses have made is all of the distilleries who switched from crafting alcohol to producing hand sanitizer.

Or all of the clothing manufacturers who quickly added masks to their product lines.

Or all of the indoor playgrounds who are offering childcare and homeschooling resources and virtual classes.

YES-- you can absolutely create something new or offer a new service and make a major pivot in that way.

But it’s ALSO okay if you start small.

One such pivot is streaming something you would normally be teaching anyway, like a virtual yoga class. Like for example, when the production of Hamilton was made available online to help maintain interest in theatre. That was a repurpose of a recording that made a HUGE impact in the lives of fans.

Other examples are entrepreneurs hosting virtual conferences and masterminds instead of their normal in-person events, or making recordings from past events available online.

You don’t necessarily have to create something from scratch in order to adapt your business in order to survive, you can also simply tweak the way in which people consume that product or service.

Businesses and artists and entrepreneurs pivoting like these examples and creating new streams of revenue more in line with the changing consumer preferences and the need to stay home and socially distance is essential, and Taylor’s album release just reiterated what we had already learned from this pandemic.

This is one of my absolute favorite principles in business. This goes hand in hand with the saying that businesses should always under promise and over deliver.

Now it’s obvious how this concept relates to dropping a surprise album, so I wanted to bring up some other examples I have experienced both in real life and in business-- which you can hear here!

4) Listen to your fans and customers

Now Taylor Swift is known for keeping a keen eye on what her fans want from her.

She knows damn well that her fans love to obsess over dissecting all of her lyrics and they love her ability to story-tell and really bring these fantastical characters and romances to life in her songs.

And she also knew the last few albums she produced were, while very radio and concert friendly, strayed from the more drawn out complicated songs from past albums like Speak Now and Red.

She decided to get back to her roots a bit and give her fans, who she knew were alone and bored thanks to quarantine and hungry for some fresh material to consume arguably the most intense and intricate album she's ever put out there.

And man, we as fans appreciated it SO HARD. I have to admit that I was nervous when the album announcement came out because I thought it was going to be some quickly thrown together pop mini album, and I am SO glad that I was very much mistaken.

Taylor clearly used this time of isolation to put her head down and create what many believe is her best work, and as someone who has really struggled to produce during this time, I find that very inspiring.

It certainly gave me a kick in the butt and motivated me to really see what my audience wants and needs right now so that I can show up for them, because they need me right now, even if it’s not in the way they have in the past.

So, kudos to Taylor swift on an impeccably timed surprise album launch and congrats on all of the success that she has found by straying off the beaten path and trying something new and completely out of element for her.

May we all take these lessons and do something unexpectedly delightful very  soon. 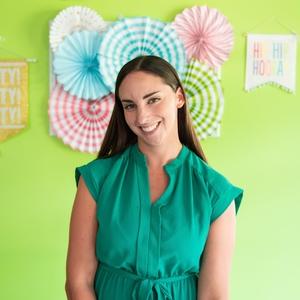 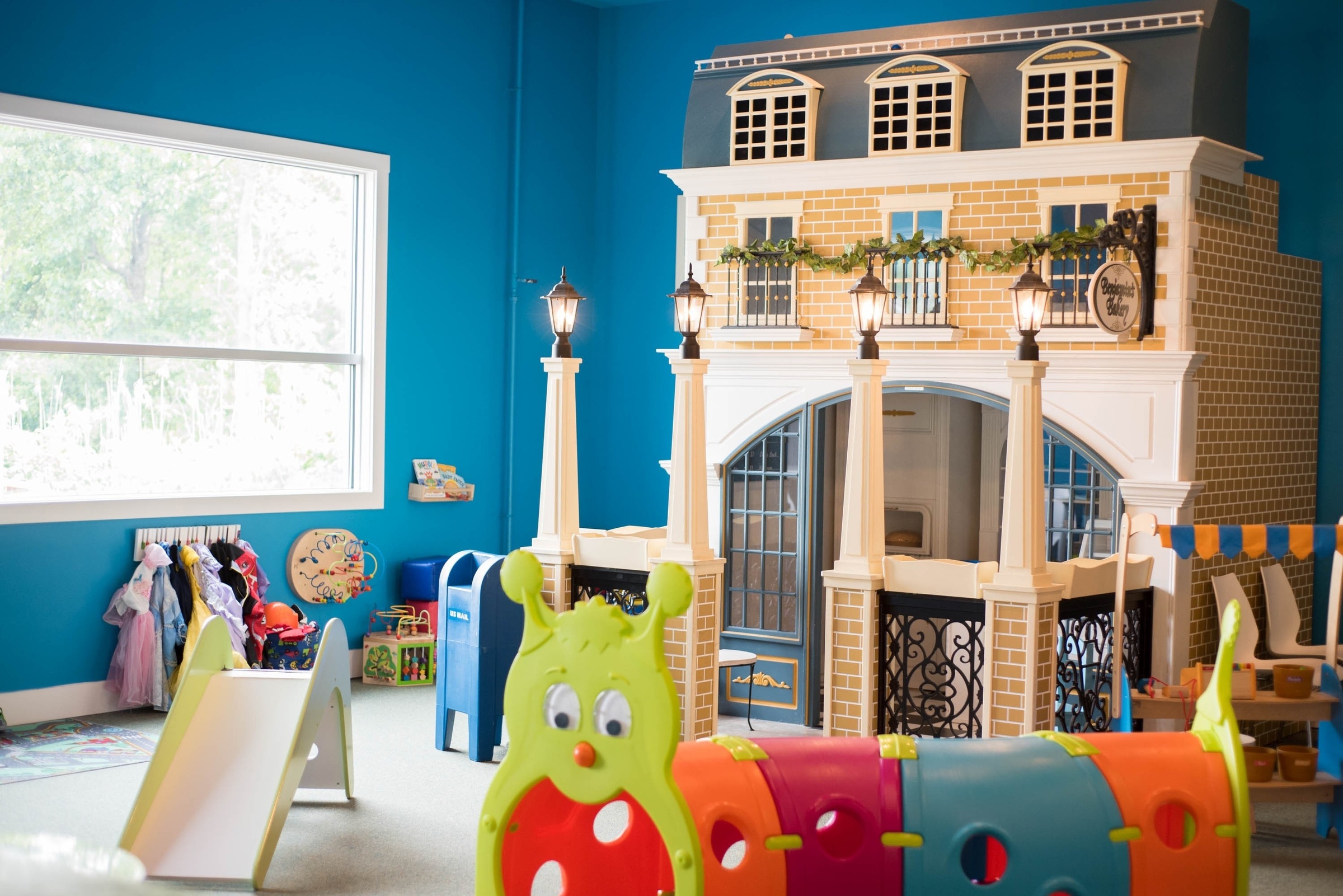 I asked 7 Play Cafe Academy and Play Maker Society members what is working RIGHT NOW in their businesses to attract customers and grow sales. I want to send you their answers in my FREE 2022-23 "What's Working" Guide!

I asked 7 Play Cafe Academy and Play Maker Society members what is working RIGHT NOW in their businesses to attract customers and grow sales. I want to send you their answers in my FREE 2022-23 "What's Working" Guide!